Tonight saw the shack open early for some playtime on the new 80m dipole antenna which was erected over the weekend. The clubs 2m radio was also powered and listening on 145.325

At 19:30 the EGM took place, mainly discussing the treasurer’s report and membership which was omitted from the recent AGM due to a lack of information. AGM and EGM minutes will be made available as soon as possible.

There is a possible opening of the club happening this coming Sunday to work on some shack maintenance during daylight hours. 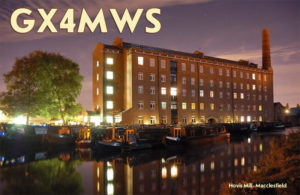